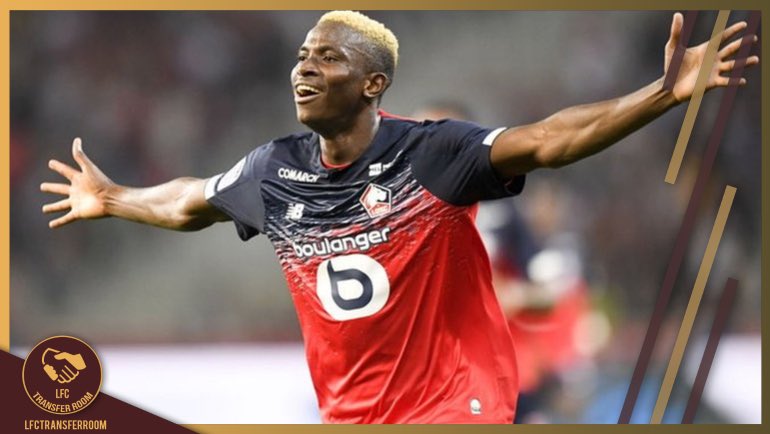 Although several clubs in Italy have inquired about the 21-year-old’s availability during the lockdown, the Nigerian youngster has declared to close associates that his preferred destination is the Premier League, following an exceptional debut season in France Lille. The Nigerian international was brought in to replace another EPL-bound player, Nicolas Pepe. The Ivorian international joined the Gunners in a club record deal.

Osimhen is attracting interest from top clubs across Europe following his impressive goalscoring exploits for his club. Since his big-money move from Gent in the summer, he has led the Lille attack with so much precision. Lightning quick and clinical in front of goal. Osimhen has the qualities to thrive in the EPL.

According to former Manchester United attacker Dimitar Berbatov, the Nigerian reminded him of Federico Macheda. He said Macheda took the Premier League by storm when he introduced himself on the big stage. Unfortunately he couldn’t live up to his initial success. He is convinced unlike Macheda, Osimhen is destined for the top. He believes he has the mental strength to play at the highest level.

Chelsea are expected to strengthen the forward positions with current options Olivier Giroud and Michy Batshuayi expected to leave in the summer. Lille are open to selling the Nigerian international and have placed an asking price of €75 million for the player. Chelsea will look to bring the price down, they are ready to start with a bid of €50 million for the player.

Osimhen, 21, has scored 18 goals for Lille this season before the abrupt end of League 1 due to the Covid-19 pandemic.